Posted on November 25, 2012 by thirteenvegetables

A retained heat wood-fired oven is a very different beast than your electric or gas oven. After firing it for 2-3 hours all the embers are removed – only the heat stored up in the hearth bricks and thermal mass of the oven dome are available to cook the food. As a result, the oven temperature decreases steadily from its initial scorching level of 700-900F.

That may seem like a problem if you’re working from a recipe that calls for baking at 380F for 60 minutes. But actually there are very few things that require a perfectly constant temperature. Indeed, many things benefit from baking at falling temperature, most notably of course all kinds of breads. High initial temperature contributes to good loaf volume and crust formation; subsequent lower temperatures ensure loaves are fully cooked without scorching or drying out.

Looking more closely, the change in temperature is most dramatic during the first hour. After that, the temperature is fairly constant. The larger the thermal mass of the oven and the better the insulation, the more stable the temperature will be. If you really need to bake something at 380F for an hour, you can approximate that quite accurately. 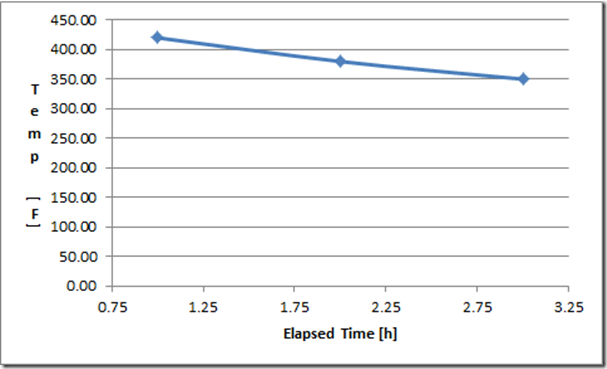 A retained heat oven thus allows you to cook a variety of foods in succession on a single firing, by taking advantage of the different temperatures. With a little advance planning, it is possible to prepare an astonishing amount of food with a very modest amount of firewood. It does take more time overall – you might be loading and unloading the oven over the course of many hours during the day (hence the phrase ‘bake day) – but it doesn’t need to be a lot of work.

The last thing to go in the oven is the firewood for the next bake day. The remaining heat will dry even wet wood – a very useful thing during Seattle winters. 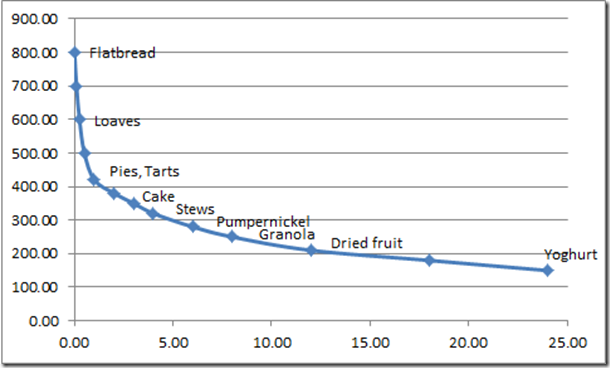 Here are some pictures from a recent bake day at our house: 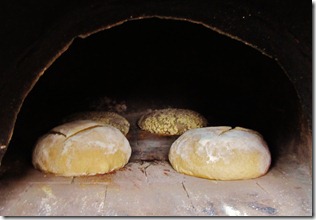 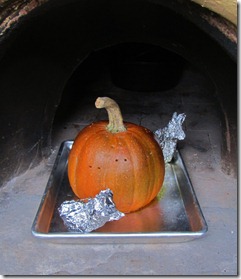 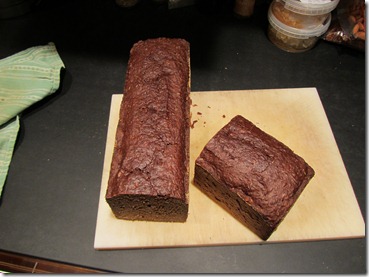 This entry was posted in Bread, Food and Cooking. Bookmark the permalink.